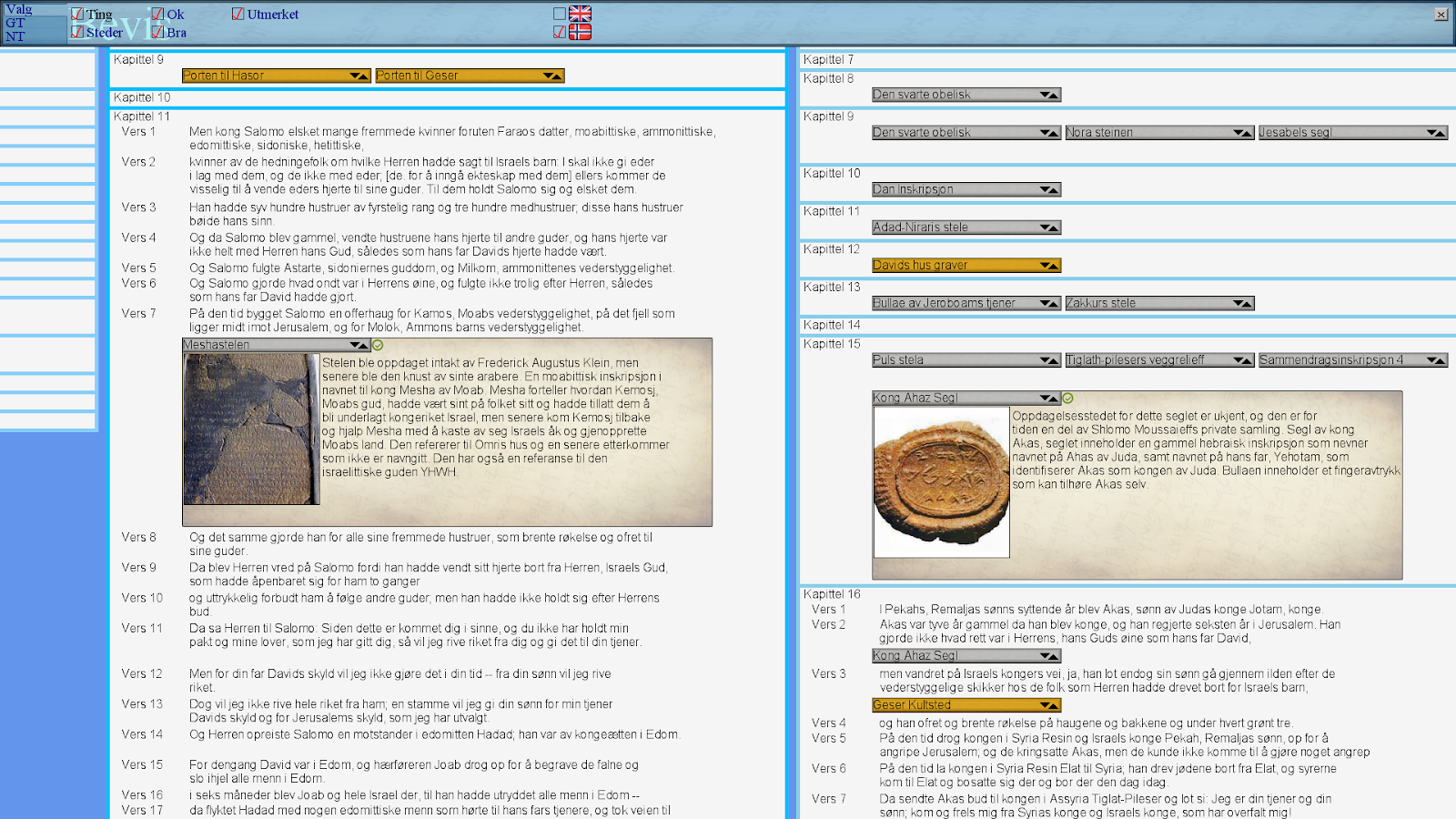 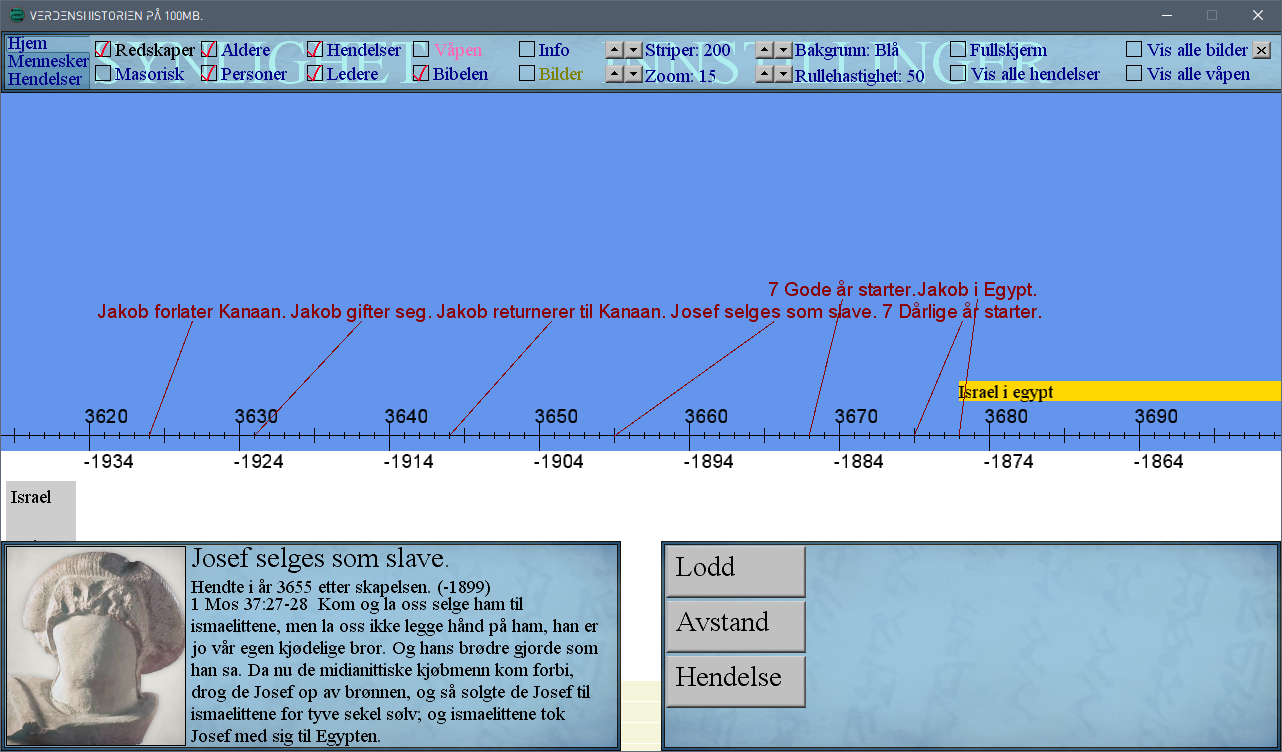 This is my latest game, kinda a work in progress or more of a test of a modified http://www.brackeen.com/javagamebook/ 2d plattformer that I changed again for XNA and C#. Background and tiles is from https://www.gameart2d.com/free-platformer-game-tileset.html

The game is intended to use a resolution of 1920x1080, but others might work just fine.

Playing the game:
Set up the number of players you want.
Select a stage.
Shoot each target twice.
Press H when done.

As always you need to have Microsofts xnafx40_redist.msi installed. Google it, or follow this link if you don't already have it installed: XNA Framework Redistributable 4.0
And if you are still on XP/Vista install this  .NET Framework 4 Client Profile

Every time I make some changes, I have to play the game some, just to see if I broke the game. And playing the game means that I find things that should be changed.

The biggest change this time around is NATO symbols mode. It started with the desire to make it easier to see what type of unit a unit is. And then I added the option to use them on the map also. And that worked so nice.

Since last time, I also made some quality of life changes to the game.

I made it possible to "zoom" in on cards that have been played during combat.

Hidden some buttons when they could not be pressed.

Made the game distribute regions among starting players more evenly in RISK mode. And gave players who got one an extra starting unit, and resources based on the resource mode.


Made the unit tool tip show how many moves a unit in the stack have left to move. It have some limitations as if there is more than one unit in a stack, it will only show the "first" ones moves left.


I added buttons to turn on/off sound and NATO symbols during play. They are in the quit game menu.

I did fix a few bugs and improved the AI's ability to calculate if it would win a battle. The AI also got a few improvements in its purchases and general movements.


As usual:
Look at the "Readme.txt" for instructions on how to play the game.
Download and unzip.
TBSG1_Battle_of_Oklungen_181223.Zip

For new readers, I can start with a description of the game. It’s a turn based game, based on Axis and allies and Risk. The game started as a Christmas present to my Uncle. And it was actually ready to play that Christmas (2011). It was just not very good. Since then I have added whatever I wanted to, and I quite like to play it myself.

Below I have pasted in from the games Readme.txt.

Select what armies you want to use by selecting the icon for the army you want to use for each player. If you hold the mouse over the army icon an information window with the army’s units will appear near the mouse.
Select colour with the colour buttons. You may want to avoid some colour combinations. There are no restrictions on colours. Multiple armies may have the same colour. But it will make the game harder.
There are two game modes, Scenario and Random. Scenario can only be selected when there are only two players. In scenario one side attacks and the other defends. The attacker starts first, with more units than the defender, while the defender owns most of the territories. The game ends when one side is eliminated.
Random game mode is a game mode inspired by the game Risk. The map is randomly divided, and the players have 1 unit in each starting territory.
There are game/victory modes. The default one is HQ hunt, where you have to defend your HQ and destroy your enemy's HQ. You can only place new units on the HQ unit. The game ends when your HQ is destroyed.
In domination victory mode you have to take all territories. But you don't have to worry about any HQ, and you can place new units in any region that you did not conquer this turn. Star wars mode can be turned on by clicking on the Star wars button in the main menu.

Playing the game:
Game phases:
Purchase Phase:
When the game starts, the centre icon of the top menu shows witch player that starts. First you have to purchase new units. These units will be placed at the end of your turn. The remaining IPC is shown on the right side of the purchase menu. When you are done press the "Done" button or the "Enter" key.

What changed in this game the last two years since the last release? I guess I can just post my change log since last time.

If you are still wondering what I changed since last time, read on.
Fixed some bugs, the upgrade one was quite hard to find, there still is at least one CTD in there somewhere, but I have problems reproduce it.

I have started to add more sounds, and I guess that in the next update there will be even more sounds.

The AI have learned quite a few new tricks and got 4 new "personalities". The reason was that it was too easy to "learn" the old AI. Now it's quite difficult to know how the AI will react as it can have any of the 4 different "personalities".

I increased the HQ units defence from 1 to 2. It was too easy to get eliminated before you even got to your turn on small maps.


As usual:
Look at the "Readme.txt" for instructions on how to play the game.
Download and unzip.
TBSG1_Battle_of_Oklungen.Zip 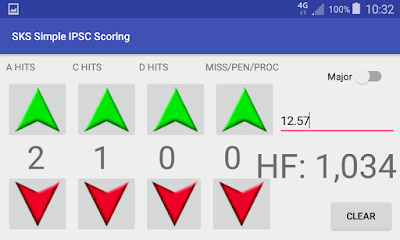 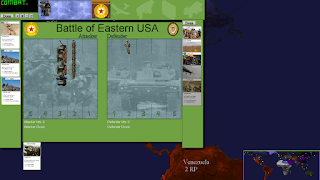 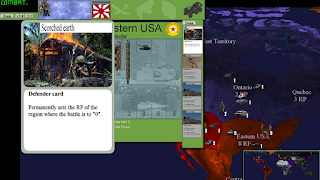 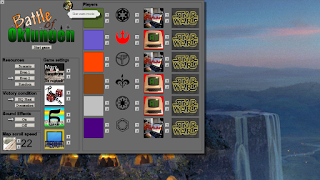 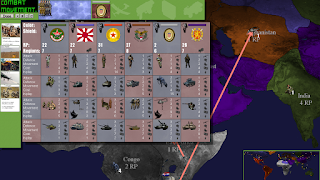 Seks spillere i Battle of Oklungen